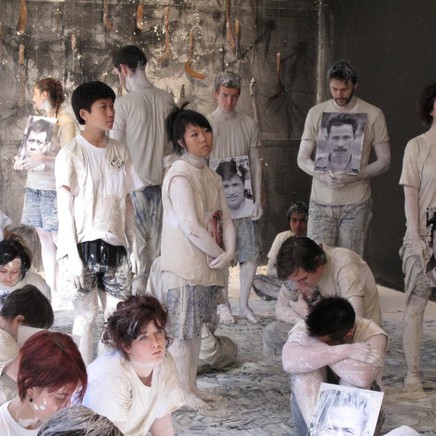 Join us for the opening performance of 'Survivor: Dadand Christanto' to be launched by Aaron Seeeto, Curator 'Survivor', Director of 4A Centre for Contemporary Asian Art.

Survivor is a major performance by Brisbane-based Dadang Christanto, a significant contemporary Indonesian-Australian artist. Survivor continues a line of enquiry that Christanto developed in response to his father’s disappearance under the Suharto regime in the mid-1960’s. The work contemplates loss and history, politics and shared humanity.