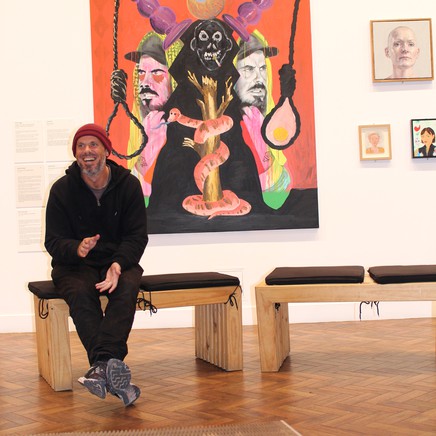 Lust, Religion, Comedy Of his self-portrait in the 2017 Archibald Prize, the artist says 'I believe in infinite complexities...'. His work, often portraiture, embraces the darker sides of existence. His use of symbolism, colour and gritty urban imagery render his works complex, lurid and altogether fascinating and this work provides much for discussion. David Griggs is a prolific painter and six time Archibald Prize finalist. He has recently returned to Sydney from a decade in Manila and is a studio artist at Artspace, Sydney.
All Events